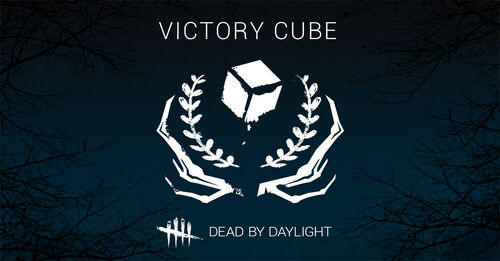 The Victory Cube consists of a set of changes to Dead by Daylight that were released on 04 July 2017.

There were also other changes that were of lesser impact to the game.

Following is a list of all the changes discussed on the Developer Stream #58:

Completely separate from the amount of gained Bloodpoints, Killers will have a new system that determines how they pip (or not pip). Interactions with Survivors during the trial will reward the Killer with points, up to a maximum of 4 points per Survivor. The pipping will work like this:

Here's what actions will grant the Killer what amount of points:

Some Score Events will be re-integrated and/or changed:

The number of Killer Goals attained at the end of the match will determine the amount of Rank Pips a Killer will earn.

and the lose message "Disgraceful Defeat".