章节3：秽土幻境 is the third Chapter DLC for Dead by Daylight. 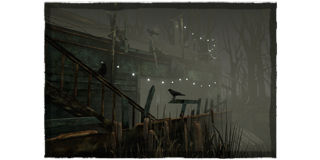