Difficulty rating: Intermediate (based on only using his Unique Perks) 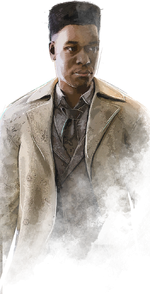 There is currently 1 Achievement which is related to Adam. Template:AchSurv

Players can customise their Character by choosing one outfit style from each category. Blood-stained attire is obtained after Adam reaches Level 50 and prestiges.