Chinese New Year, also known as the "Spring Festival" in modern Mainland China, is an important Chinese festival celebrated at the turn of the traditional lunisolar Chinese calendar. 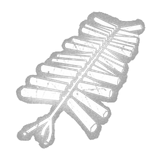 The two items were:

There was also a firecracker event to screenshot the firecracker and had a chance to win cosmetics. This event happened before the chinese firecracker was removed from chest and bloodweb.