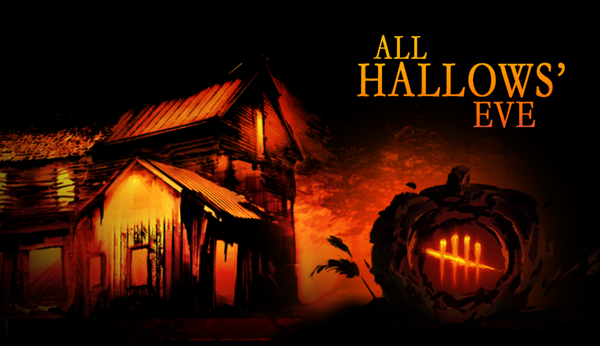 万圣节前夜 was an Event in Dead by Daylight

Alongside Patch 1.7.3, it kicked off the in-game celebrations in honour of Halloween 2017.

Patch 1.7.3 added a new Halloween-themed Menu Screen, adding new Props, such as Tombstones, Candles and Jack-O'-Lanterns, changing the Fog VFX and lighting and new Theme Music for the Menus and the Lobbies.

The Tombstones in the Menu Screen were engraved with some of the Developers' names and associated running gags. Those are (from left to right):