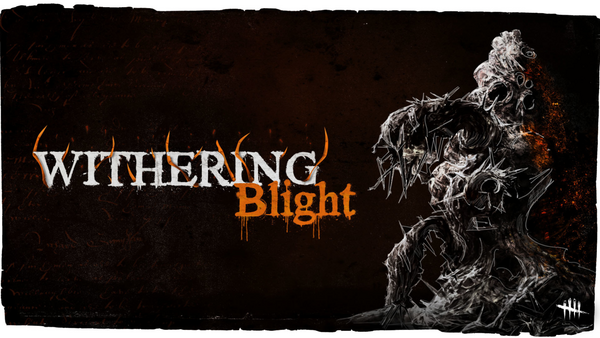 The Withering Blight is an Event in Dead by Daylight

that was originally scheduled to last from 22 October until 1 November 2019.

Due to unforeseen problems with the 3.3.0 Mid-Chapter Update, the Event was postponed until the 30th, meaning that the Event lasted from 30 October to 10 November 2019.

It kicked off the in-game celebrations in honour of Halloween 2019, albeit a bit late.

The Withering Blight is a Halloween-themed version of the Scorching Summer BBQ Event.

Its occurrence was leaked by data found related to the new Event in CHAPTER XIII: Stranger Things and the new Customisation Options being added during Patch 3.2.2.

It is part of the reoccurring Blight Event; its predecessor was the 2018 The Hallowed Blight Event.

The Event Items can be found in newly generated Bloodwebs

and generally in Chests

one receives from interacting with them.
Not burning the Offering will still grant Bonus Bloodpoints, but fewer.

By completing challenges and progressing the Event-Rift in the Archives, Players will be rewarded with Putrid Serum

, which can then be exchanged for cosmetics of either the older Hallowed Blight Collection or this year's Hallowed Catalyst Collection.

The Serum is available on the Free Track of The Rift and is capped at a maximum of 60, allowing for the purchase of 6 Cosmetic Pieces or up to 2 Outfits. 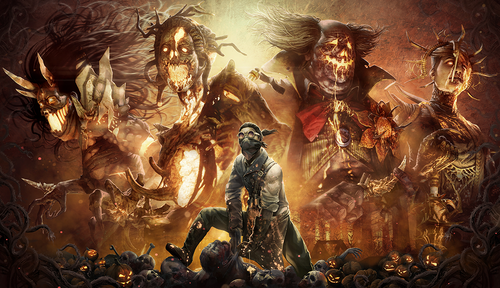 This Outfit, while part of the Hallowed Catalyst Collection, could originally only be obtained from the Premium Track on The Rift.

The Plague - Servant of the Serum

The Event's Lore could originally (and can still be) unlocked via completing the Master Challenges of Tome I - Awakening.