"A most terrible man to behold. His physique is all twisted and disfigured as of by some awful accident. He carries a deadly and cruel chainsaw which he wields with devastating violence, seemingly imbuing him with a superhuman speed for a while. His advantage is also a weakness as the loud noise can give away his position. So I have tried to heighten my sense of sound. Honing in on any sound that is not stemming from nature."
—Unknown''The Hillbilly" or Max Thompson Jr. is a character from a horror video game called Dead by Daylight.

He is one of the original killers.

The son of wealthy landowners Max and Evelyn Thompson, this unnamed boy was an unwanted child born to savage parents. Hideously disfigured, he was shut away from society. So ashamed they were of their son so they bricked him into a room and fed him through a hole in the wall. When the boy escaped, he took his revenge savagely and terribly, slaughtering the parents which had tortured him instead of raising him.

After the deed was done, he continued to live his life at the farm, taking out his deranged violence on the animals that were allowed to run free. As he finally broke free from his shackles, he ran through the cornfields, chasing and slaughtering whatever he could find. They never found the bodies of Max and Evelyn, but they did find tortured and disemboweled animals, all over the farm. Coldwind Farm was quickly settled and the land split up and sold off. There was never a buyer for the farmhouse. Perhaps it was the sound of the chainsaw you could hear throughout those hot summer nights. 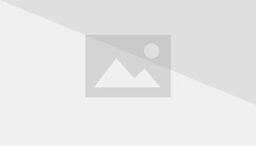 You are resilient to pain. You recover from pallet stuns faster.

When a generator reaches 85% repair progress, you get a notification and your terror radius is reduced to zero for a few seconds.

"He stops at nothing."

"These monsters... they adapt! They emerge with strange new abilities.”

"The Hillbilly makes impressive tools out of scraps. Tools aimed at maiming us in creative ways... It's horrifying to think it's actually intelligent.”

Add a photo to this gallery

He seems to be inspired by Leatherface, who was later added to the game, and his face could be a reference to the movies "slither" or "from beyond".

Retrieved from "https://deadbydaylight.fandom.com/wiki/The_Hillbilly?oldid=9963"
Community content is available under CC-BY-SA unless otherwise noted.