Sprint Burst is a Teachable Perk

unique to Meg Thomas. It can be unlocked for all other Characters from Level 35 onwards:

Perk descriptions may vary from in-game descriptions for reasons explained here.
Perks support Mouse-over functionality (desktop version only): hovering over the modifier words with your cursor will reveal the values behind them.
On mobile browsers, the values are displayed in small text after the modifier words. Desktop users experiencing issues with the mouse-over may temporarily switch to mobile view at the bottom of an Article page. 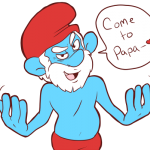