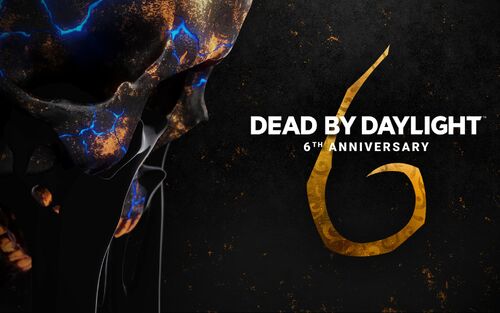 Sixth Year Anniversary is an Event in Dead by Daylight

throughout May and July of 2022, with the main celebrations, the Twisted Masquerade, taking place between 16 and 30 June 2022.

It kicked off the in-game celebrations for the Game's sixth Anniversary.

Starting with the main celebrations on 16 June 2022, the Shrine of Secrets

was on a daily rotation and would feature Perks from almost every single Character in Dead by Daylight to date, including a discount of -500 Iridescent Shards per Shrine Perk.

Event: 24 - 31 May 2022
The Anniversary was preceded by a week-long Blood Hunt, rewarding Players with double the amount of Bloodpoints

Event: 23 - 27 June 2022
The Anniversary was accompanied by an extended weekend-long Blood Hunt, rewarding Players with double the amount of Bloodpoints 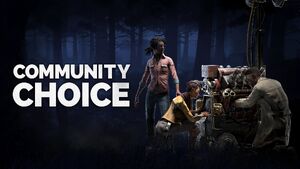 Event: 31 May - 7 June 2022
Prior to this Event, the Players could vote on what the Developers would do with the Game during this Event.

The following Maps had a higher chance to be selected than others:

The Anniversary was also preceded by a week-long Double-XP Event, rewarding Players with double the amount of Experience Points for a Trial, which also accelerates the gain of Iridescent Shards

Two Community outfits from 2019 were put on sale: "Mr Puddles" for The Clown

The Shrine of Secrets

of Week 22 was voted on by the Community, containing the following Teachable Perks: