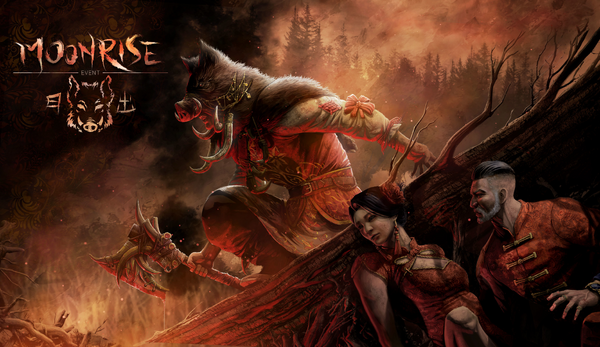 Moonrise is a Lunar New Year Event in Dead by Daylight

It kicked off the in-game celebrations in honour of the Chinese Year of the Hog. 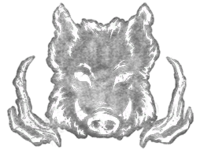 Moonrise is a Lunar-Year-themed version of the Howling Grounds Event.

It was announced by a post on the official Forum and later by a Teaser Trailer on Twitter.

by completing Event Objectives. The Golden Coins could be spent on Moonrise Cosmetics in the in-game Store.

A maximum of 9 Golden Coins could be obtained during the Event. The first Coin cost 100 Points. The cost increased by 100 Points for each subsequent Coin.

Survivors gained 4 Points for each Generator they repaired and 25 Points for taking a Lunar Vessel and escaping the Trial with it.

The Killer gained 3 Points for each Hook and 4 Points for destroying a Lunar Vessel after hooking a Survivor.

added 2 Lunar Vessels to the Trials by default. Survivors could pick them up and escape the Trial with them to earn points towards Golden Coins. When a Killer hooked a Survivor, all remaining hanging Vessels became corrupted. If the hooked Survivor carried a Vessel, it would return to its spawn location and also become corrupted. While corrupted, the Killer could destroy the Vessels for points towards Golden Coins. The number of generated Vessels could be increased by using the Red Envelope

Offering that was already obtainable during the Howling Grounds Event of 2018.

As long as a Survivor carried a Vessel and wasn't caught, their Vessel was safe until they escaped. It would not become corrupted if another Survivor was hooked.

Players could find and burn the Red Envelope, calling upon The Entity

for additional Vessels, up to a total of 7 Lunar Vessels.

The gathered Points would be used to fill the Moon, which would then be turned into a Golden Coin, with which one could unlock the Moonrise Cosmetics for up to 9 outfit pieces.