Your wiki has been migrated to a new Fandom domain. Learn more here.

Lockers are one of 19 Props featured in Dead by Daylight

Lockers are tall, red cabinets located throughout the Trial Grounds. Survivors can enter them in order to hide from the Killer and the Killer's Aura-reading abilities.

use Lockers to refill their stock of secondary weapons.

Survivors can enter any empty Locker and hide inside it.

If a Locker already has someone hiding inside it, the Survivor attempting to enter will slightly open the door and look surprised, while the hiding Survivor will make a gesture indicating that they should go find their own Locker.

If a Killer finds a Survivor inside a Locker, they will open the doors violently, threaten the frightened Survivor by smashing their Weapon into the wooden back of the Locker, and grab the Survivor by their scruff, hoisting them onto their shoulder immediately.

Lockers act as Faraday cages for Aura-reading, blocking any and all Aura-reading in regards to the Survivor hiding inside one.

In effect, this means that a Survivor is shielded from all of the Killer's Aura-reading abilities as long as they are hiding inside the Locker, but are also unable to use any of their own abilities, since the Locker afflicts them with the Blindness

Status Effect when inside.

It should be noted that the effect does not apply during the entering and exiting phase of the Locker.
Survivors wishing to hide from Barbecue & Chilli

for example, must be inside the Locker the moment the Killer is hooking the other Survivor or they may be briefly seen by the Killer, who may correctly guess due to the unique animation that the Survivor is hiding inside a Locker, making it an easy target to track.

Lockers can be entered in two ways: regularly and rushed, depending on whether the sprint button is pressed or not.

Rushing to enter a Locker will be much faster, but also create a Loud Noise notification for the Killer, informing them of the action.
Entering a Locker regularly, will be much slower, but also quieter and not create any notifications for the Killer.
However, it is nevertheless not a silent process and an attentive Killer who's nearby can hear and correctly identify the creaking sound of the doors opening and closing.
The same is true is for exiting a Locker.

Lockers have a muffling effect on Survivors' breathing and Groans of Pain.
However, they are not muffled to the point of being silent and like with the opening and closing sound of the doors, a Killer may notice the soft whimpers of an injured Survivor hiding inside a nearby Locker.
Furthermore, while Lockers will stop Pools of Blood forming at their base, injured Survivors will leave some blood upon entering the Locker and the fading time for it can allow an attentive Killer to notice it and identifying the Locker in which the injured Survivor is hiding.

Lockers do not prevent Stillness Crows

from spawning when hiding for a long time. Uniquely, and prior to Stillness Crows appearing, some Crows will begin to land atop a Locker's roof when hiding for some time, something an attentive Killer may notice.

Survivors rush-exiting a Locker while using Head On

may stun a nearby Killer if they are in range. 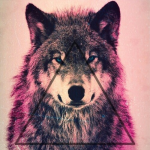