The Killers are the playable antagonists in the game, hunting down and ultimately hooking and sacrificing The Survivors to their demonic overlord, The Entity, or murdering them outright. Each of the Killers are based on a sub-genre in horror from brutal slashers to supernatural entities, in addition, some killers are based on horror icons from other horror franchises such as Michael Myers from Halloween and Freddy Krueger from A Nightmare on Elm Street (as well as original characters made specifically for Dead By Daylight, such as The Nurse and The Hillbilly). Each Killer has its own weapon and their special ability.

The following is the list of all the killers featured in the game. 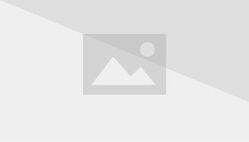 All of the Killers are played from a first-person perspective. This gives the feeling of dominance in their world, but it also comes with a limited field of vision. Their main objective is to prevent Survivors from escaping and hang them on the 5-6 Meat Hooks scattered throughout every level. Each Killer has a unique gameplay mechanic that differs them from the rest.

Note: Killers can not scavenge for items, but they can complete their own Daily Rituals.

Killers were once real human being (excluding The Demogorgon) belonging to the real world. Their actions, mainly their ability and passion for murder, is what draws The Entity to them. The Entity will summon that killer to its realm, and make them their champions. It is also said that some survivors who grow insane from the endless cycle of Hide and Seek, Life and Death, become Killers themselves.

Not all Killers showed evil and barbarity in their past lives, however. The Wraith only killed one man and did so out of justice. The Plague sacrificed herself to The Entity to save her dying people. Julie, Susie, and Joey of The Legion never killed anyone, and were only accepted because of their association with Frank, the real killer of the group.

"These things differ from time to time. But each acts in a similar manner, and with similar human traits. But they are reminiscent to beasts of burdens even though I can spot some flicker of humanity. With scars and marks on their skin and body. As if they have been self-mutilating themselves. They even look dead. I fail to see some humanity inside of them. They are bent in finding me. But somehow they refrain from killing me. Instead I'am hung from one of those dreaded hooks. I keep asking myself why they do not snuff the life out me themselves. But someone must control them. Might they do someone else's bidding?"
—Benedict Baker's Journal, November. 1896

"I keep trying to understand them at the same time as they stalk me. I try finding something that can pinpoint their purpose. I wonder if they might be punished? But in that case, am not I in the same position? Being punished for something, as I try to escape and find some way out of here. They play their role. Without any diversions, they are like finding a machine that is set on finding any living soul. Are they without hope? Who do they serve? Is there even a monster? I have never seen them rest or stop. They hunt until the hooks are occupied. But where do they go after that? Trying to find some answers is one of the few things that keeps me sane. For now. If you stumble upon one of these beings you must run and you must hide. Without any sound."
—Benedict Baker's Journal, November. 1896

Retrieved from "https://deadbydaylight.fandom.com/wiki/Killers?oldid=10060"
Community content is available under CC-BY-SA unless otherwise noted.