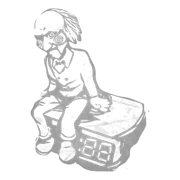 They were introduced as a new Game Mechanic alongside The Pig

Jigsaw Boxes are used in conjunction with the Reverse Bear Traps

.
Survivors with a Reverse Bear Trap put on their head by The Pig must search for a key in one of the several Jigsaw Boxes in order to unlock the trap and remove it.

Jigsaw Boxes spawn into a Trial whenever The Pig is the Killer.
A total of 5 Jigsaw Boxes will spawn in random locations on the Map.
They emit distinct mechanical noise when one happens to be near them.

of all Jigsaw Boxes they have not yet searched for the key to unlock the Trap.
They can walk up to any Jigsaw Box and try their luck in removing the trap.

As of Patch 6.0.0, once the fourth Jigsaw Box is searched by a Survivor, the game guarantees the removal of the Reverse Bear Trap.

.
Failing those Skill Checks incurs a brief pause as well as a loss of progression.
It also alerts The Pig through a Loud Noise Notification.

), each Trap provides 6 Searches to the pool.

Each time The Pig places a Reverse Bear Trap on a Survivor's head, a number of the remaining Box Searches is chosen, ranging from 1-4, as the fourth Search will guarantee the removal of the Trap.

The following table lists some examples of Box-Search distributions across four Reverse Bear Traps, the cross sum always adds up to 12:

Jigsaw Boxes are easily recognised due to the presence of "Billy", Jigsaw's Puppet, who sits atop of each Box.
He can also be seen on the TV-sets featured throughout the Map The Game.