Glyphs are special Props featured in Dead by Daylight

Their first variation, the Red Glyph, was introduced with Tome VI - Divergence in Patch 4.5.0.

Glyphs are special Props that are only generated when a Player has a Glyph Challenge selected, which are available from Tome VI - Divergence onwards.

Glyphs have the appearance of a plumb-bob-shaped crystal that floats in mid-air.

Glyphs spawn in a random location in the Trial Grounds and are invisible to all Players but those, who have the associated Glyph Challenge selected.
Once those Players approach the Glyph's location and come close enough, the Glyph reveals itself to those Players.

Some Glyphs, given specific circumstances, reveal their Aura

to the Player, making it easier to find them.

As a general rule, selecting a Glyph Challenge will only spawn 1 Glyph of that type in the Trial Grounds.
That Glyph will be personal and other Characters cannot interact with it.

Both Survivors and Killers must commune with a Glyph in order to close it and succeed the Glyph Challenge (except for Blue Glyphs, which also require one to escape).
This interaction will dissolve the crystal and temporarily replace it with a floating Glyph symbol.
This interaction, as well as the symbol, can be seen by all Players, indicating to them what the Glyph Communer is doing.

Currently, there exist 6 variations of Glyphs.
Each variation was introduced with a new Tome: 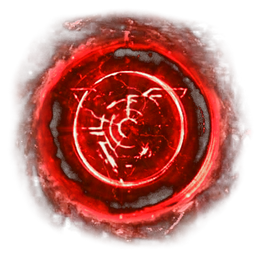 The Glyph Seeker Challenge is available to all Players: 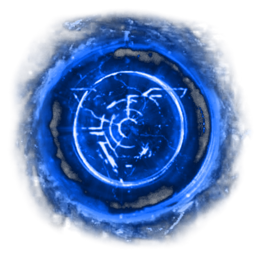 The Glyph Communer Challenge is only available to Survivors.
The Blue Glyph requires escaping the Trial to conclude the Challenge: 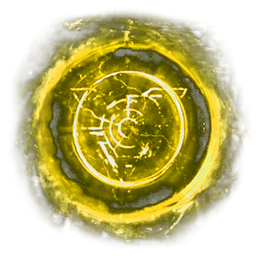 The Glyph Graduate Challenge is only available to Survivors.
The Yellow Glyph requires to succeed several Skill Checks in quick succession to commune with it: 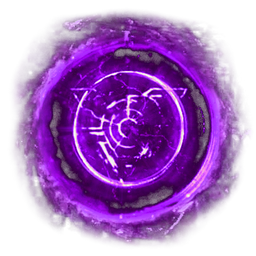 The Glyph Tracker Challenge is only available to Killers.
The Purple Glyph does not remain stationary, it randomly moves throughout the Trial Grounds, leaving only a trail of purple ooze behind it, with which The Killer can track its location in order to reveal it.
Hooking a Survivor will reveal its Aura

for a short duration: 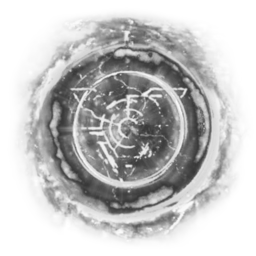 The Glyph Caretaker Challenge is only available to Survivors.
The White Glyph spawns a fragile Pocket Mirror

that will need to be carried into the Basement

without breaking in order to complete the Challenge.
The Survivor with the active Challenge can see the Aura

of the first Glyph: 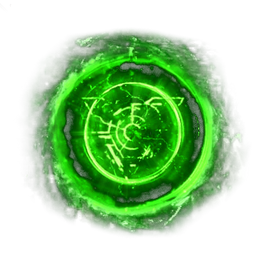 The Glyph Pursuer Challenge is available to all Players.
Multiple Green Glyphs spawn in locations Totems

can appear in and anyone with the Challenge selected can interact with them.
Survivors and Killers must progress their main objectives for Green Glyphs to spawn, they do not spawn right at the beginning of a Trial.
During the Endgame Collapse

will be briefly revealed: