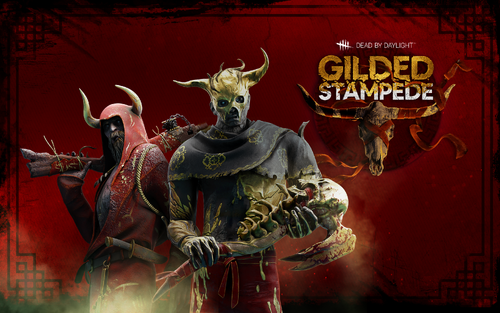 It kicked off the in-game celebrations in honour of the Chinese Year of the Ox. 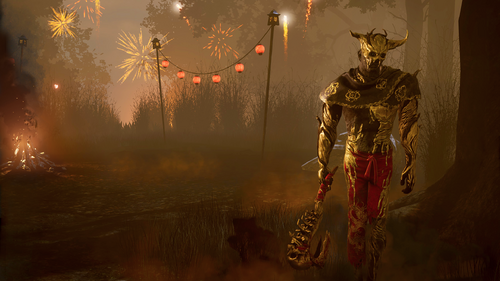 Since the Event replaces all Generators and Hooks with their Lunar Celebration counterparts, all Survivors will automatically receive bonus Bloodpoints

for each repaired Generator and Killers will automatically receive bonus Bloodpoints for each Survivor they put on a Hook.

All instances of the Red Envelope

Offering will award additional bonus Bloodpoints on top of that. 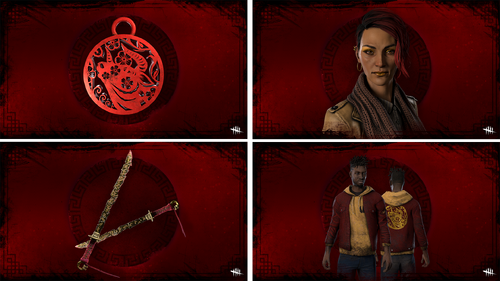 The following Customisation options can be unlocked with Promo codes that were made available via the Developer's social channels or the in-game news: 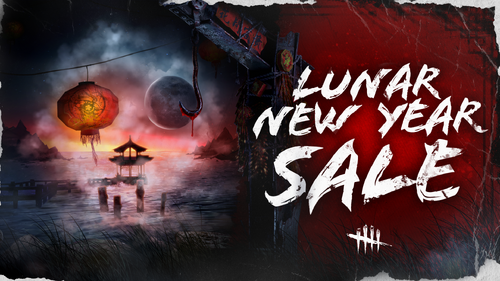 From 12 - 18 Feburary, the Moonrise and Scarlet Swarm Collections were on sale in the in-game Store

.
These included the following Outfits: 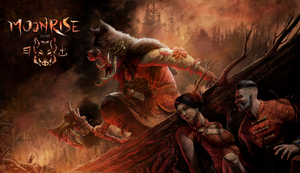 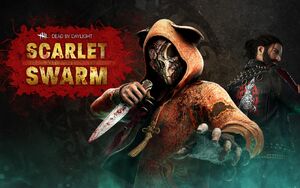