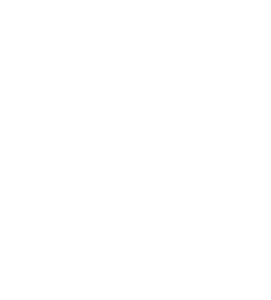 Dead by Daylight is an indie horror game developed and published by Behaviour Digital Inc.. Dead by Daylight is both an action and survival horror multiplayer game in which one crazed, unstoppable Killer hunts down four Survivors through a terrifying nightmarish world in a deadly game of Cat & Mouse. It was released on 14 June 2016 for PC, 20 June 2017 for Xbox One and PS4, 24 September 2019 for Switch and 16 April 2020 for Mobile.

Before the implementation of the playable Tutorial Maps, Dead by Daylight featured short Tutorial videos to give new Players an idea of how to play the Game. There were 6 videos: 3 for the Killer and 3 for the Survivors:

Dead by Daylight contains a number of Steam Trading Cards, which are virtual cards earned by playing the game on Steam. After collecting all trading cards, a badge can then be crafted and the player will receive: the next badge level, Steam XP, potential profile backgrounds, and emoticons. Steam Trading Cards can be obtained through playing the game, in which the player will receive free card-drops over a period of time, as well as buying them from the Steam Marketplace, or by trading with other players.

This paragraph lists some trivial facts about the Dead by Daylight BETA build that was available to some Content creators and lucky few prior to the Game's original release in June 2016:

Due to the very nature of horror games, Dead by Daylight encompasses and/or portrays a large variety of phobias and fears for atmospheric purposes.
The following table details several phobias:

NOTE: This information is not official and was compiled at the discretion of the editors:

Dead by Daylight makes use of internal codenames to distinguish between and classify different content, usually the Game's numerous DLCs.
All files associated with a specific content release will have a reference to said codename.
This practice originally started during the Development of CHAPTER VI: A Nightmare on Elm Street™, codenamed "England", likely originating as an internal joke as a wordplay on Robert Englund's last name, the original portrayor of the character of Freddy Krueger.

The Dead by Daylight Mobile port and any data associated with it features a special internal reference: "Atlanta"

Starting with the aforementioned "England" Chapter, each successive Chapter, and eventually each Mid-Chapter as well, were named after an apparently random country in alphabetical order, with the Developers occasionally skipping some letters.
This practice continued until the release of the Mid-Chapter Patch 4.3.0, codenamed "Zambia".

Having reached the end of the alphabet, the Developers decided to switch the idea pool of their codenames from countries to terms found in astronomy, starting with the release of CHAPTER XVIII: A Binding of Kin, codenamed "Aurora".
This practice continues to this day.

The following table lists all Content Codenames used in Dead by Daylight:

There are 15 languages currently available in Dead by Daylight: