Cheryl Mason is one of 31 Survivors

She was introduced as the Survivor of CHAPTER 16: Silent Hill, a Chapter DLC released on 16 June 2020. 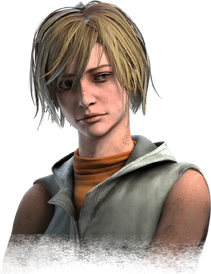 Cheryl Mason is a young Veteran of Terror, emboldening both herself and her team.

, allow her to survive through immense hardship, stay in contact with team members, and plan objectives. 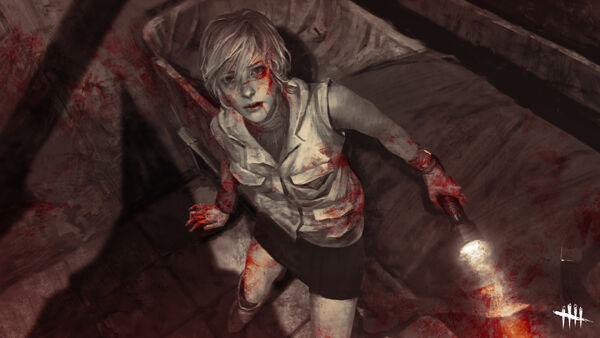 Caring and impulsive, Cheryl Mason, previously known as Heather, attempted to rebuild her life after the tragic death of her adoptive father, Harry Mason.

While she had freed herself from the religious cult that pursued her since birth, she was shackled by the guilt of her father's death. A darkness punished her every night under the guise of abominable nightmares.

To ease her conscience, she volunteered at a crisis intervention centre for troubled youth. Three months later, she aced training and could answer the crisis line without supervision. Yet little could have prepared her for the first call. All she heard was static. The air thickened as black fumes rose from the ground and suddenly she heard the voice of a woman — someone she thought she'd never hear from again.

Why do you cling to this corrupt world? You know that only God can save us.

It couldn't be her — Claudia was dead. Suddenly, the world spun and she dropped to her knees, nauseous. Hot bile travelled up her throat and she retched warm blood on the floor. Then the spinning stopped as swiftly as it began. Cheryl looked up and saw she was somewhere else. A cold, hopeless place.

There is 1 Achievement related to Cheryl:

Players can choose from a variety of Cosmetic options to customise Cheryl:

Cheryl has 4 alternate Character models available in the in-game Store:

Cheryl is part of 1 DLC: