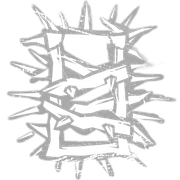 The Cages of Atonement are Props featured in Dead by Daylight

that were added with Patch 4.0.0 alongside The Executioner

Cages of Atonement are the manifestation of The Executioner's special ability: downed Survivors suffering from Torment after coming into contact with a Torment Trail left by Rites of Judgement

Cages of Atonement work differently to Hooks: while they do progress the Sacrifice process and trigger the associated Hook Score Events, they are not considered Hooks by other Game Mechanics, causing any Perks requiring Hook-interaction to trigger their effects to ignore the interaction with a Cage of Atonement.

Examples of this are Perks such as Borrowed Time

Offerings do acknowledge the interaction with a Cage of Atonement, since those Offerings require a Survivor's Sacrifice progress to have progressed two Hook Stages in order to be able to kill them.

This behaviour was chosen to prevent The Executioner from excessively camping trapped Survivors, due to the already inherent advantage of Cages of Atonement not triggering Hook-interaction Perks that could counter-act that.