CHAPTER XXI: Hellraiser™ is the twenty-first Chapter DLC for Dead by Daylight

Hellraiser is a new Chapter in Dead by Daylight. It includes a new Killer, Pinhead. Demon to some, angel to others, Pinhead seeks to unleash the limitless thrill of pleasure and pain upon any who cross his path. Purchasing the add-on will unlock the new Killer and an exclusive universal charm.

Pinhead is an explorer in the further regions of experience, indulging in the limitless thrill of pleasure and pain. When the puzzle box known as the Lament Configuration—a key to another dimension—was found in The Entity’s realm, it was only a matter of time before it fell into curious hands. Once opened, he arrived. What came next was sweet suffering that spilled over the realm.

Press the Power button to create a gateway and release the button to open it.
Once opened, tap the Ability button to summon forth a possessed Chain under your control.

Direct the Possessed Chain into a Survivor to bind them with a regular Chain.

A Survivor bound by a Chain is unable to sprint, suffers from the Incapacitated

Any solid object (including Characters) between the Gateway and the chained Survivor will immediately break the Possessed Chain.

Survivors can perform the Break Free action to escape.

If The Cenobite walks through Chains, they will break immediately.

Chains broken via the environment or The Cenobite will spawn an additional Chain aimed at the survivor.

Status Effect and Chains will occasionally be summoned to attack them.
The Survivor must solve the Lament Configuration to remove it from their possession.

When The Cenobite picks up the Lament Configuration, a Chain Hunt is immediately activated.
Additionally, all Survivors are instantly bound by Chains, causing them to scream and reveal their locations.

Whenever the Survivor carrying the Lament Configuration is solving it, The Cenobite is notified of their location and can choose to teleport to it. 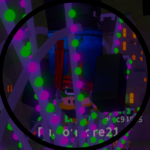 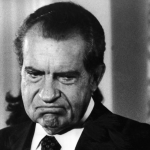