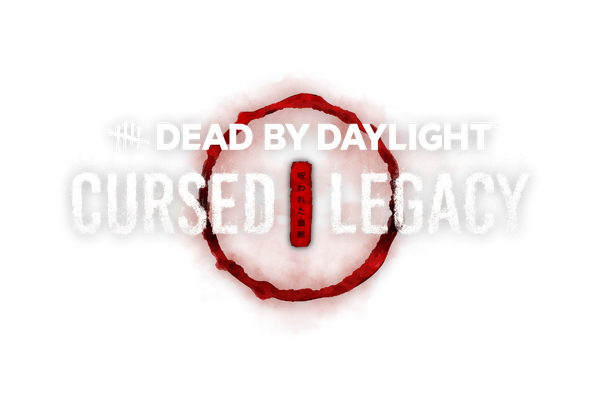 CHAPTER XIV: Cursed Legacy is the fourteenth Chapter DLC for Dead by Daylight

Cursed Legacy is a brand-new Chapter for Dead by Daylight, which includes a new Map. Purchasing the Cursed Legacy DLC will unlock its new Killer and new Survivor.


What does it mean to be authentic? How does one follow one’s destiny despite the pressures of family and tradition? Often following one‘s path is a strenuous, narrow struggle full of unexpected joys and difficulties. Ultimately it’s about finding the balance between tradition and self-actualization. But as one struggles for identity, decisions are made and consequences, good or bad, must be faced.

Honouring his family name was never enough for Kazan Yamaoka. He wanted to surpass his father's reputation and end what he saw as the thinning of samurai culture with farmers often posing as samurai. His father tried to turn Kazan's attention to more noble pursuits, but Kazan refused to heed his advice, and borrowing his father's Katana, he embarked on a dark pilgrimage to prove his worth and rid Japan of impostors. Ignoring the code that had been taught to him, Kazan killed impostors in the hills and the valleys, on the beaches and in the woodland. The killings were brutal, cruel and morbid. Monks believed he was possessed by something dark and otherworldly and cursed him while a noble lord began to call him Oni-Yamaoka, the rageful Samurai, an insult both to Kazan and his family.

While Blood Fury is active, The Oni becomes lethal and gains access to additional abilities: Demon Dash and Demon Strike.

Press and hold the Power button while Blood Fury is active, to perform a Demon Dash. This ability allows The Oni to cover large distances rapidly.

Press and hold the Attack button while Blood Fury is active, to perform a Demon Strike in the direction you are facing. Demon Strike has an extended Lunge range and successful hits immediately put healthy Survivors into the Dying State

Despite her traditional upbringing, Yui Kimura raced scooters in her hometown of Hida where she earned the reputation of being able to do the impossible with very little. Her father did his best to steer her away from what he believed to be masculine pursuits, but her grandmother secretly shared her grandfather's engineer manuals and notes on car and motorcycle engines. Yui read her grandfather's manuals and learned fast. She was able to not only maintain her scooter, but she modified the engine so that she could compete with older boys on motor crosses. With her grandfathers 'good luck hachimaki' wrapped around her arm, she raced local boys who, unable to keep up with her, worked together to orchestrate her defeat. No luck for them. Yui outmanoeuvred them at every turn and became a sensation to all her friends. When it came time to apply for school, Yui gathered her courage and confessed her ambition to race motorcycles to her father. An altercation ensued and when Yui refused to apply for a proper education, her father felt a great shame and told her she was no longer welcome in their home. With a heavy heart, Yui left for Nagoya with the blessings and savings of her grandmother. Everything came to a staggering halt at the illegal TK3 (Tokyo Kick 3000) street races. Yui was leading the race until she entered an unnatural fog that seemed to have appeared from nowhere. Baffled and confused, she stopped her bike and dismounted. It wasn’t long before she realised she wasn’t in Tokyo anymore.

Once opulent and well-tended by priests, the shrine was abandoned for unknown reasons. Season after season, the harsh and unforgiving weather corroded its grandeur. Paths that welcomed weary travelers, were now thick with vegetation growing damp and unrestrained. The sculptures were a haven for moss and lichen, concealing a scratched and brittle stone.

Kazan shuddered with rage as he stepped into the area. Unable to restrain himself, he unleashed his might on a statue atop the shrine, clubbing its arms and head to pieces. Even after he left, a rot seemed to pervade the air. The chime of bells played softly on the wind, as everything around them crumbled. Torn from Kazan's memories, the shrine now stood on the estate of this childhood home - a trick by the Entity that infuriated him even more.