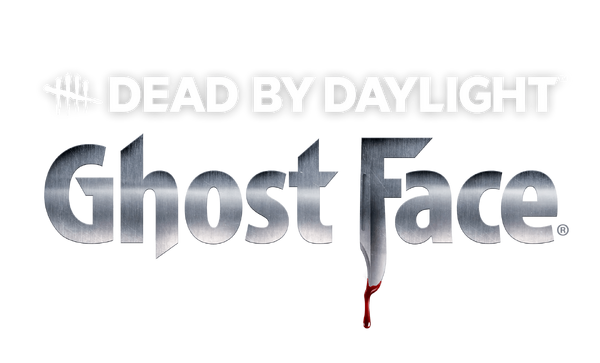 CHAPTER XII: Ghost Face® is the twelfth Chapter DLC for Dead by Daylight

Ghost Face is a brand-new Chapter for Dead by Daylight. Purchasing the Ghost Face DLC will unlock its new Killer, however, it does NOT currently include a Survivor.

Acquaintances are a dangerous deception. Our workplace is filled with them; strangers who happen to sit next to us, five days a week. A distant familiarity grows from habit. Whatever they like to do on evenings and weekends, we presume to be commonplace. The blanks are filled in with assumptions and we forget how little we know, until proven otherwise.

The Ghost Face took full advantage of that fact. His entourage at the newspaper could have spotted that the Roseville murders led to him. There were clues early on: the days he missed work, the victims’ assigned time of death, and the detailed articles he wrote citing “sources” he never shared. But his coworkers had not seen the connections, because The Ghost blended in the everyday.  No one thought that the man seated on their left could be responsible for the murder of a dozen people in cold blood. Not until proven otherwise.

The Ghost Face had gotten away with it, just as before. After making the headlines, he’d collected enough articles and fame to move on to another challenge. He’d packed his bags when the investigation pointed to his direction and driven a few miles, heading to another job. Except this time, he found a unique, richer hunting ground…

At first glance, Jed Olsen was a kind and enthusiastic freelancer with experience in various small newspapers. He was hired at the Roseville Gazette, whose staff appreciated how easy-going he seemed. Olsen didn’t have to justify his erratic career path, which zigzagged between Utah and Philadelphia. He had a good attitude and a decent portfolio, which showed he’d covered serious news such as unsolved murders. Most importantly, he was ready to start right away.

Five months later, the Roseville Murders began: victims ranging from young to old, stabbed to death in their homes. The whole staff was working the story. Olsen was sent to interview the family of victims and relay official statements from the police.

The number of victims surged as Olsen worked the story. To heighten the swelling panic in Roseville, Olsen produced the footage of a hooded figure breaking into a house at night. Olsen’s masked face, a white blur in the dark, stared at the camera for a second, before disappearing inside. “The Ghost Face Caught on Tape” was the title Olsen gave the article. He was proud of his work, enjoying how the whole town now feared a ghost story.

When the investigation started to point in his direction, he had written and collected a dozen of articles, all of which fed his legend. He left Roseville swiftly. After such a feat, finding a satisfying challenge would be difficult. Yet opportunity found him.

The Ghost Face used to study his victims for weeks, meticulously registering their habits. When the urge to kill swelled, he'd know exactly how and where to strike.

Press the Power button to activate Night Shroud when the Power gauge is full.

Press the Active Ability button to crouch. Press it again to stand.

Once obtained, other Killers will be able to find The Ghost Face's Perks in their respective Bloodwebs from that point onwards.