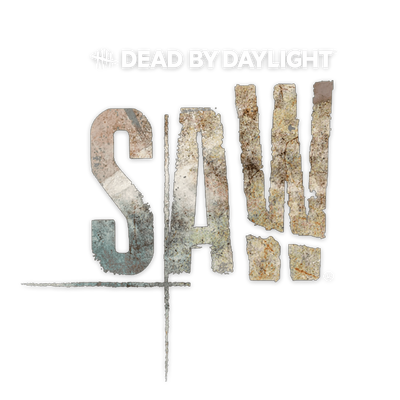 CHAPTER 7: The SAW™ Chapter is the seventh Chapter DLC for Dead by Daylight

The SAW™ Chapter is a Chapter for Dead by Daylight.

Life is the most precious thing we have. A gift we are given, but a gift some squander. We need to be alive and not just exist. This is where The Pig steps in - a teacher that provides those selected with an opportunity to appreciate life yet again. To fight for our own survival, or simply let go and die. David Tapp thinks otherwise. He believes that everyone is free to live their own life, without the threat of death in the shape of a trap. A seasoned detective that seeks The Pig - a search that brings him to the Gideon Meat Plant.

They say that it’s good for the human race to solve puzzles, to make use of our highly developed brain. To get some of that “positive stress”. But there’s a limit. A lethal limit where blood gets involved and we create memories of something we rather forget. The Pig is the puzzlemaster, and we are the test subjects.

The SAW™ Chapter™ is a Chapter for Dead by Daylight. It includes a new Killer, a Survivor and a Map.

The Pig is a disciple of a mastermind known to the world as Jigsaw. In both The Pig and Jigsaw’s minds, they believe they are doing something necessary. Something that’ll make those placed inside their devious contraptions see life for what it really is once again. There are, of course, some sacrifices one must be willing to make, if one is to survive the “lesson”. Good luck…

The focus of The Pig’s Perks is on pain and torture. A Hook is not that easy to flee from and all Survivors will be seriously tested when it comes to Skill Checks.

David Tapp is one of the few good guys left. Someone who actually seeks justice. After years of wearing the shield, he caught the most horrendous case yet. A fiendish being that reserved the right to unleash torture upon the world as it was considered “needed”. A frantic chase began, making David end up at the Realm of the Entity where the search never ends.

The Gideon Meat Plant is no longer a place of death designed for animals. Its focus has shifted towards the human race. You can still sense a scent of blood mixed with rust and fear. Thousands upon thousands of animals have met their end at this place, but those humans who enter the premises are not supposed to die. They are meant to survive and learn. But the majority of those who participate will fail.