CHAPTER 10: Darkness Among Us 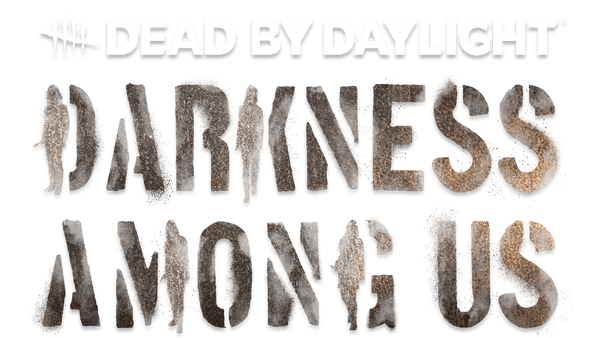 CHAPTER 10: Darkness Among Us is the tenth Chapter DLC for Dead by Daylight

Darkness Among Us is a Chapter for Dead by Daylight, which includes a new Map.

The everyday contains many hazards. But the comforts of routine shroud the unfathomable risks of a threat so intimate, so familiar, that it can only be seen in hindsight. A disturbing, violent force could be raging within the people closest to you. Darkness is among us, every day.

The raw cravings and impulses of adolescence are powerful. The desire to belong can be just as unbelievably strong. When three teens get involved with an impulsive mastermind, they discover an addictive kind of freedom. Together, they spiral out of control and become the wrong kind of crowd, The Legion, which leaves no rule unbroken.

Jeff Johansen was invited to take a trip down memory lane when his past caught up with him. He returned to his home town, ready to face everything he was forced to leave behind. But the familiar isn't always safe, and it’s never too late to be in the wrong place at the wrong time.

Frank's future was as bleak as his childhood was miserable. He was nineteen and had little to show for it. Yet, Frank was a man of potential, who could light up a room despite his bleak childhood. Moving from one foster home to another, he finally end up in a small bungalow in Ormond, Alberta.

Ormond was a small, stale place; a remote town of six thousand inhabitants where grey winters drag on for most of the year. Frank did everything he could to get into another adoptive family, but he changed his mind when he caught the attention of a beautiful girl.

Julie was a popular girl who was convinced that she deserved better than a life in Ormond. And Frank, an outsider, was her ticket out. Frank attended the parties she threw where everyone was younger than him and easily impressed, which he liked. He met the impulsive Joey, who liked to show off, and the shy, naive Susie, who was Julie’s best friend.

They would hang out at an abandoned lodge up Mount Ormond. Their time together was the perfect break from the boring conformity of their small, insignificant everyday lives. Bullying, vandalism and theft, were essentially their weekend plans. It came to a point where they would do anything he asked. Nothing was off-limits when they put their masks on.

FERAL FRENZY:
Trigger Feral Frenzy to run at high speed and chain attacks between multiple Survivors, further increasing their speed and building their power.
When the Power gauge is full, press the Power button to initiate Feral Frenzy.
While Feral Frenzy is active, The Legion moves at 5.2 m/s and gains access to additional abilities: Feral Vault and Feral Slash.
However, The Legion loses the ability to see Scratch Marks

not already afflicted with the Deep Wound Status Effect have their location revealed by Killer Instinct.

Hitting a Survivor already suffering from the Deep Wound Status Effect or if The Legion misses the attack will immediately end Feral Frenzy.

Jeff Johansen was born and raised in Ormond, Alberta. He grew up as a quiet, only child with an aversion for large crowds. During high school, his anxious temper was mislabelled as shyness, which he covered up with a tough, stoic persona that intimidated bullies and teachers alike.

At home, he collected heavy metal vinyl albums. The evocative symbolism on the covers inspired him to make art of his own, which helped him cope with his parents' constant fighting.

After his parents’ divorce, he was forced to move with his mother to Winkler, Manitoba, which was miles away from his home town—and his dad. In Winkler, Jeff was more isolated than ever, except for art and music. His solace came shortly after graduating high school when he started working at a local bar with live music. He found a roadie gig shortly after and left Winkler for good.

After an incident at a concert, he reoriented himself and started designing labels for microbreweries. He led a quiet, simple life brewing beer, designing tattoos, and making art for bands he liked.

All until one morning, when he got a phone call from Ormond saying that his father had passed, leaving a few things to sort out. Jeff returned to the home he left behind, but he should have never looked back.

Jeff's personal perks, Breakdown, Aftercare, and Distortion, allow him to break hooks, cooperate with other Survivors, and conceal his aura from The Killer.

Ormond was once a small, remote ski town with idyllic slopes, but its resort turned obsolete when a deluxe ski village was built on Mount Richards less than two hours away. Mount Richards offered fresh slopes with luxurious stores and hotels, which crushed Mount Ormond's isolated, decrepit facilities.

The fate of the mountain worsened when a mining project took interest in the coal present at its summit. The mountaintop was lined by explosives to extract coal seams from under it. The project caused a public outrage and was stopped midway.

Mount Ormond is now a soulful, deforested graveyard where gangs and teenagers go looking for trouble. Some people say that the mountain hides a darkness, a bottomless hole from where no one can return.