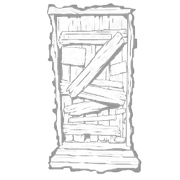 Subsequently released Maps and older ones having received a Rework as part of the The Realm Beyond Update series generally feature them as well.
The sole exceptions to this are the reworked Shelter Woods, Wreckers' Yard, Rotten Fields and Sanctum of Wrath Maps.