Bloodpoints are a Player's Character Progression Currency. They are used to upgrade the Characters by purchasing Unlockables from the Bloodweb

Bloodpoints are added to a Player's profile and can be used to progress any Character's Bloodweb.

Most in-game actions trigger Score Events that are converted into Bloodpoints at the end of a Trial. Certain Offerings

and Events may modify the amount of Bloodpoints one gains per Trial.

For a list of all in-game Score Events that reward Players with Bloodpoints, please refer to the respective Article.

by purchasing a Teachable Perk

that was already unlocked.

During a Trial, Bloodpoints are earned in 4 different Categories, that differ between Survivors

All Categories are capped at 8,000 and a sound cue plays when that threshold is reached:

Points can be used to unlock Nodes from a Character's Bloodweb, containing Unlockables. As points are not unique to each Character, a Player can use Bloodpoints obtained from playing for example as a particular Survivor to upgrade another Survivors' or the Killers' Bloodwebs.

Nodes come in different Rarities that depend on the type of Unlockable they display. Their cost is directly linked to their Rarity.

Prior to the Emblem Update for Survivors and the Victory Cube for the Killers, a Player's Rank used to be determined by how many Bloodpoints in a Category they had earned during a trial.

The Tally Screen would display all four available Categories and represent the Ranking procedure with a circle. One full circle was equivalent to 5,000 Bloodpoints achieved in the associated Category.

As Players' Ranks are not altered by playing the Kill Your Friends mode, they will only visually receive Bloodpoints from playing this mode, which cannot actually be spent and are not added to the Player profile once the game mode is exited. 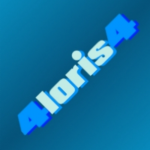